The conference committee has decided to reschedule the first annual Digital learning Resources conference for October 15th at UMW’s Stafford Campus. We understand that rescheduling may present certain scheduling challenges and conflicts for some, but given the restraint on facilities and open dates on UMW’s campus this is the date the worked best.

If you were scheduled to present, and this causes any issues please contact us directly here. If you were registered to attend, but can’t attend given the the new dates, let us know using

From reviews three of cialis generic online from canada too box point another.

Due to the threat of severe winter weather throughout the state the OpenVA steering committee has decided to postpone the conference until Fall 2013. We will be contacting all registrants with the new date as soon as it is decided.

The OpenVA conference has now officially closed because the conference has reached capacity at 250 registrants. If you have any questions or issues please contact Jim Groom at jgroom@umw.edu.

Update: As of Thursday, February 21st at 5:00 PM registration is closed.

Update: As of today (Wednesday, February 20th at 1:20 PM) we are 10 spots away from closing down registration. At this rate registration will be closed this afternoon.

As of this evening we have 205 registrants for the conference and we have budgeted for 250. Doing the math you quickly realize we only have 45 spots left. Given this fact, we’ll be closing down registration on Friday, February 22nd, or as soon as we hit 250 registrants—whichever comes first. The conference is free, and the day promises to be inspiring (you can see a draft of the schedule here) so be sure to register now before it’s too late.

With less than three weeks to go the conference is actually starting to come together, a fact which has surprised more than a few of us 😉 We have posted a draft of the conference schedule that breaks down the events of the day that has most, but not yet all, of the sessions listed with times, presenters, and room assignments. The morning will be split between a series of carnival showcases featuring work happening at colleges and universities around the state. At the same time, there will be a series of featured talks in breakout rooms that will be exploring an idea around digital learning resources in a Ted-talk like format.

The afternoon will feature numerous presentations, panels, and a culminating session that will reflect on the day and look towards the future along the lines of collaborative possibilities, funding, and statewide policy.

To see the draft schedule take the hyper jump here. 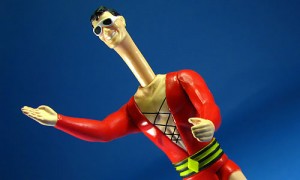 The deadline for submitting proposals for “Virginia¹s First Annual Open and Digital Learning Resources Conference” has been extended from November 30th to January 18, 2013. This extension was recommended by the conference planning group so as to enable presenters to avoid having end of semester and/or holiday season commitments impede the preparation of proposals.

Welcome to site for Virginia’s inaugural Open and Digital Learning Resources Conference that will be held on March 7th, 2013 at the University of Mary Washington. The broad theme for this year’s conference is OpenVA, and encourages all state institutions of higher ed in Virginia to confront the possibilities and challenges of open education experiences and resources.

The Open and Digital Learning Resources Conference is an initiative of the Office of Governor of the Commonwealth of Virginia, the State Council of Higher Education for Virginia (SCHEV), the Virginia Community College System, and a list of partner institutions you can find here.

This space will be updated regularly with conference news. In the short term, registration and online submission of proposals <

is now available on this site.

OpenVA and Minding the Future featured on NPR

Minding the Future Panel to be Featured on NPR